27th November 2021: SMH The fight to own Sydney's theatre scene
22nd November 2021: SMH reports talks open on future of Roxy
20th November 2021: NSW Government announces planning is under way to create a new theatre district centred on Sydney’s George Street and Haymarket in the tradition of London’s West End and New York’s Broadway.
18th November 2021: The Roxy was discussed at length in the NSW Legislative Assembly. In a response to a question from Shadow Arts Minister Walt Secord, Arts Minister Harwin confirmed his commitment to the revival of the Roxy Theatre, and referred to an allocation of $5 million to be applied to the planting of new and restored theatres such as the Roxy.
24th July 2021: Daily Telegraph reports on squatters in the Roxy.
18th July 2021: Theatre could bring a city together with a "bang" for less than $100m
BRUCE BERESFORD NAMED PATRON OF THE ROXY THEATRE ACTION GROUP 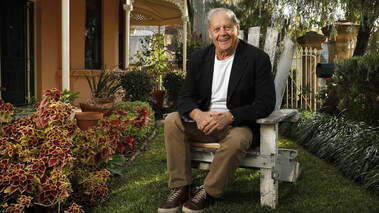 We are delighted to announce that the acclaimed film director, Bruce Beresford, has come on board as our Patron!

During his 50 year career Bruce has made over 30 films including The Adventures of Barry McKenzie, Breaker Morant, Tender Mercies, Puberty Blues, and Driving Miss Daisy.

Raised in Parramatta, the Roxy was a formative part of Bruce's life and career, and he speaks eloquently of the magic of the Roxy, not only in his past, but in its potential to be Parramatta's Opera House of the future.