A growing list of celebrated identities from Australia and beyond in the world of Arts, Cinema and Theatre have lent their name to our cause.... 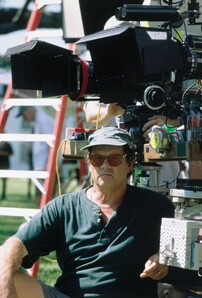 Bruce Beresford (Our Patron)
From the beginning of the film industry architects in USA, England and Australia designed a number of elaborate and fanciful theatres, often utilising characteristics of Moorish, Baroque and Spanish palaces.
Sydney once had a large number of these odd and colourful buildings. Only the State and Capitol remain, now happily restored to their former weird but dazzling glory. Lost are the splendid Regent, Prince Edward, Palace, Royal, Paris, Esquire, Plaza and Embassy.
One of the largest and most startling of all the Australian picture palaces is the Parramatta Roxy, built in 1931 in a delightful mixture of Spanish and Mexican motifs.
The Roxy has now been derelict for some years having suffered since it ceased working as a cinema. For some time it was a nightclub, but is now slowly disintegrating in the middle of the city of Parramatta.
If cinemas such as the State and Capitol can be restored, also some splendidly adorned theatres in Melbourne, the same can be done for the Roxy.
Further, if ever a city needed a theatre large enough to be able to stage elaborate live productions of plays, musicals and operas , that place is Parramatta.  There is only one fairly small theatre, the Riverside, so that the vast population of the Parramatta district are denied the theatre productions which are now a characteristic of the city of Sydney.
It would be a criminal act not to make a theatre available, especially when the Roxy provides such an opportunity.
Above all, enough of Australia’s great architecture of the past has been destroyed in recent years. Everything possible must be done to save this magnificent building – for the delight and entertainment of future generations. 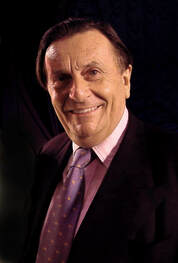 Barry Humphries
I've never understood why we Australians are so embarrassed by our past.
If it wasn't for a handful of ratbag conservationists our cities would all be identical and full of decaying concrete boxes , supermarkets and multi storied car parks.   What  individuality and character they once had is disappearing very fast.
The Roxy is an eccentric  building. So is the opera house, so is st Mary's cathedral and so is the Queen Victoria Arcade . Yes, it's eccentric perhaps, but in the midst of our boring architectural desert, thank God it is!
The Roxy has a great auditorium, a marvellous place in the history of Australian cinema, and the potential of immense community usefulness. Or doesn't Parra-bloody-matts need a tourist attraction or a decent building?
We will love it all the more as we take our seats there, soon we hope, and smugly reflect: " and we saved it!" 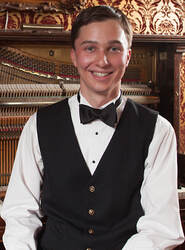 Adam Swanson - international jazz pianist
Click here to read Adam's letter of support
Our supporters include a growing range of theatre and heritage organisations who can see the massive potential of a fully restored Roxy Live Theatre in the heart of Parramatta. They include:-
Live Performance Australia
The Cinema and Theatre Historical Society of Australia
The National Trust (NSW)
Parramatta Historical Society
Theatre Heritage Australia Inc.